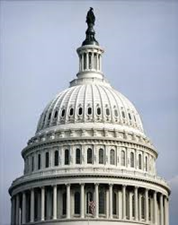 As part of an omnibus tax incentive and spending bill, Congress has extended the new energy efficient credit for 2015 and 2016.

The existing homes credit (25C) is extended for the same period.

The next step is to reform the 45L credit to have it a whole house performance credit based on the 2015 IECC Energy Rating Index that is more dependable for builders.  RESNET has been busy educating Congressional committee staff on this.  There will be a breakout session at the 2016 RESNET Building Performance Conference on this effort.